Some ideas for running lovers Actively in the Tri-City

Actively in the Tri-City Some ideas for running lovers

November comes unexpectedly. Over time, we get used to shorter days and brighter mornings. Outside the windows, leaves are blown in the wind more and more often, fog rises above the meadows, and the vision of a warm blanket and an interesting book creeps into our thoughts. You can wait this moment and rest. You can also roll up your long sleeves and take care of your health, immunity, good condition, as well as cultivate certain habits in order to wake up in spring in a better shape than in the previous year. As Tove Jansson rightly observes, “You can lie on the bridge and watch the water flowing under it. Or run and wade in red boots in the wetlands. Or curl up in a ball and listen to the rain falling on the roof. It is very easy to have a good time. " (Moomin Valley in November).

So let's take an example from the Moomins and start with outdoor activities, and in the evening let's indulge in well-deserved, blissful laziness.

Photo: Preparation for jogging in the Tricity Landscape Park

The city is located between the sandy beaches of Gdańsk Bay and the moraine hills of the Tricity Landscape Park, which gives you plenty of opportunities to leave your home and look for an activity that's right for you. Many residents of Gdańsk found it in running. For ten years, every year at the turn of October and November, the sports event "Gdańsk Runs" was held here, attracting crowds of several thousand people, ranging from preschoolers and school children, to students, middle-aged people, and experienced seniors. And all this to the rhythm of fun and positive emotions, because they, and not the result itself, were the driving force behind the event dedicated to both amateurs and competitors, running alone and those associated in groups. It is not hard to be surprised, because the route included quite a demanding run on the beach and in the park, which increased its visual value and gave a lot of satisfaction from the moments spent in the beautiful natural surroundings. 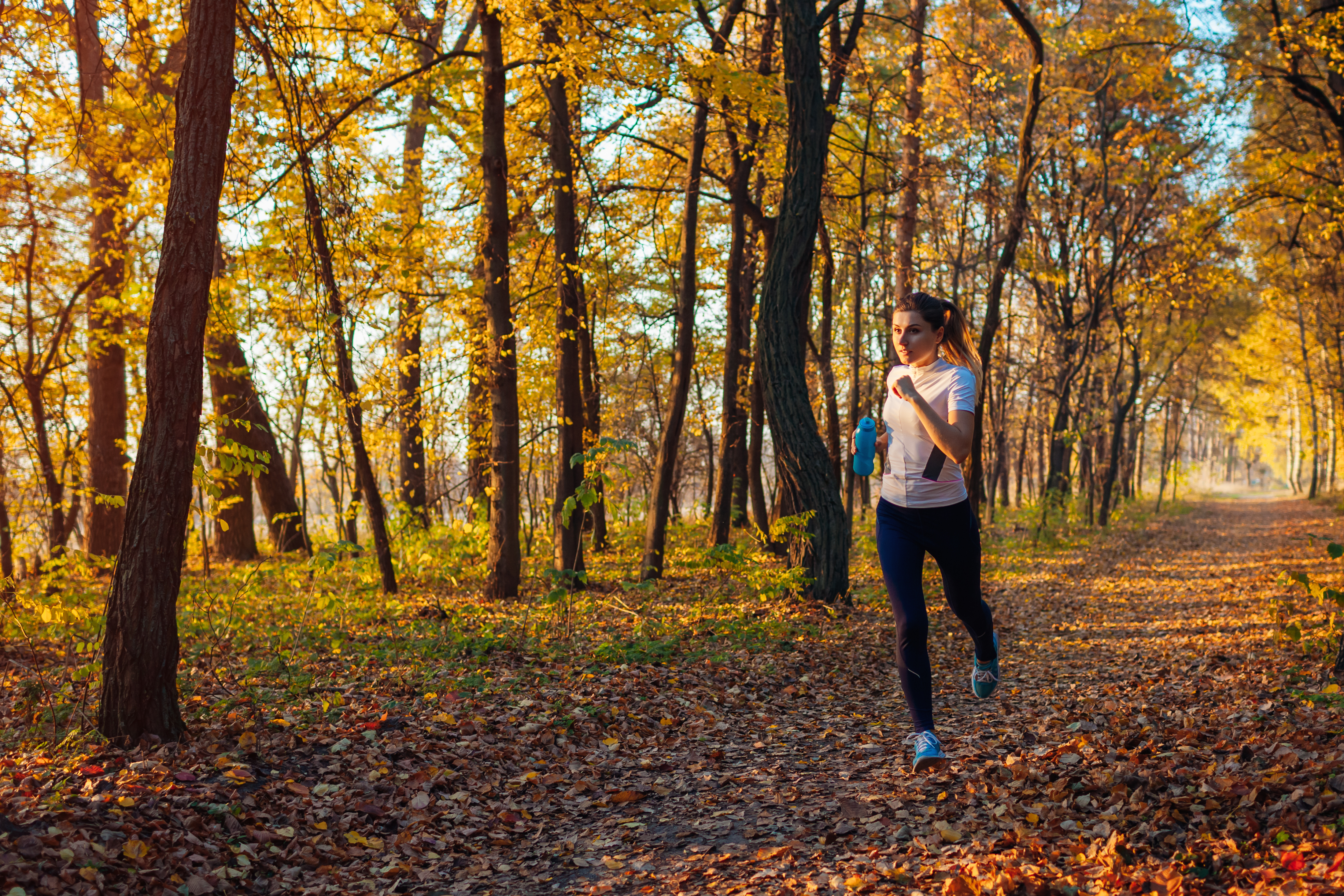 For running enthusiasts from outside the Tri-City who would like to train before next year's Gdańsk competitions (e.g. the April Gdańsk Marathon, the August Solidarity Marathon or shorter, but no less demanding formulas, such as the Gdańsk Forest Runs, taking place from May to October), arriving late in autumn or early winter it can be a good opportunity to get to know the area and test yourself in new conditions. It is also worth changing paths, even if we do not plan to start, but we are curious about the world and would like to develop or try something new.

I am pleased to present my subjective selection of routes that I recommend for jogging. Depending on our condition, these can be routes to break our own records, but also alternatives for a family, weekend walk.

Loop in the Tri-City Landscape Park

The first idea dedicated to fans of forest ascents is a twelve-kilometer loop in the Tricity Landscape Park. A total of 365 m up and 405 m down are ahead of us. This is quite a lot considering that we are at the seaside.

The loop I propose begins and ends at Góralska Street in the Gdańsk Niedźwiednik district. It is a convenient place both for people commuting by their own car and for people traveling by public transport, because at the starting point there is a ZTM bus terminus, and relatively close to the Pomeranian Metropolitan Railway Gdańsk Niedźwiednik stop. Just getting from the PKM to the starting point can be a good warm-up before the run.

It's hard to deny the charm of this relatively short forest route, and the run itself will certainly have a positive effect on our condition and good mood. We start it from the signposted point Lipnik (right next to the street) and further down the green trail we head towards the Gdańsk Oliwa district. It is a section of the Skarszewski Trail, running from Sopot Kamienny Potok to Skarszewy. The whole is just over 80 km, and we will use less than 6 km of its course. Due to the fact that the trail is located in the edge zone of the Kashubian Lake District Upland, its character is somewhat mountainous, so you can expect significant differences in height on the route, i.e. steep ascents and descents. However, it is worth taking up this challenge, because the pleasure that comes from running in a natural environment among protruding roots or unpaved paths will more than compensate us for the effort. I also encourage you to keep your eyes peeled, because on the route near the Samborowo Valley we can see the Fat Oak nature monument, considered the most powerful tree in the Tri-City. After another kilometers in forest paths, behind the Zajęcza Valley, we will run to Głowica - the highest point in the border area in Gdańsk, 122.2 m above sea level. Running through a forested and varied landscape, we will soon reach Kwietna Street (the beginning of the asphalt road), which we follow passing Młyn Oliwski on the way, until we reach Spacerowa Street, where the green trail joins the blue trail. Here we can take a break to visit Gdańsk Oliwa (it is worth seeing, among others, Oliwa Park, Oliwa Cathedral or Oliwa Zoo) or continue along the blue trail, which is part of the Kartuzy Trail, which is nearly 70 km long and connects Sopot Kamienny Potok with Kartuzy. The blue trail turns into Kościerska Street and runs near the Zoological Garden. Then it leads along the historic Water Forge into the depths of the Valley of Joy. Soon this asphalt section of approximately two kilometers ends and we return to the forest. And not just anyway, because immediately a steep uphill, or more precisely the hill between the Valley of Joy and the Serpent Valley. For nature lovers, it is a paradise for the eye and soul. Near the intersection of forest paths with the Swedish Dike there is a shelter where you can sit down and catch your breath. Continue straight ahead along the blue trail to the Lipnicka Droga, one of the most popular paths in this part of the forest. For several hundred meters, we will give up walking on the trail, because turning left we will go to the point from which we started our adventure. Soon, the green trail will join us and we will follow it to reach the starting point.

Due to the postglacial terrain, the route requires running experience. It is also a test of fitness and an alternative, if we are preparing for mountain runs. For me, even in the walking version, it is a pleasant springboard and an opportunity to calm down. 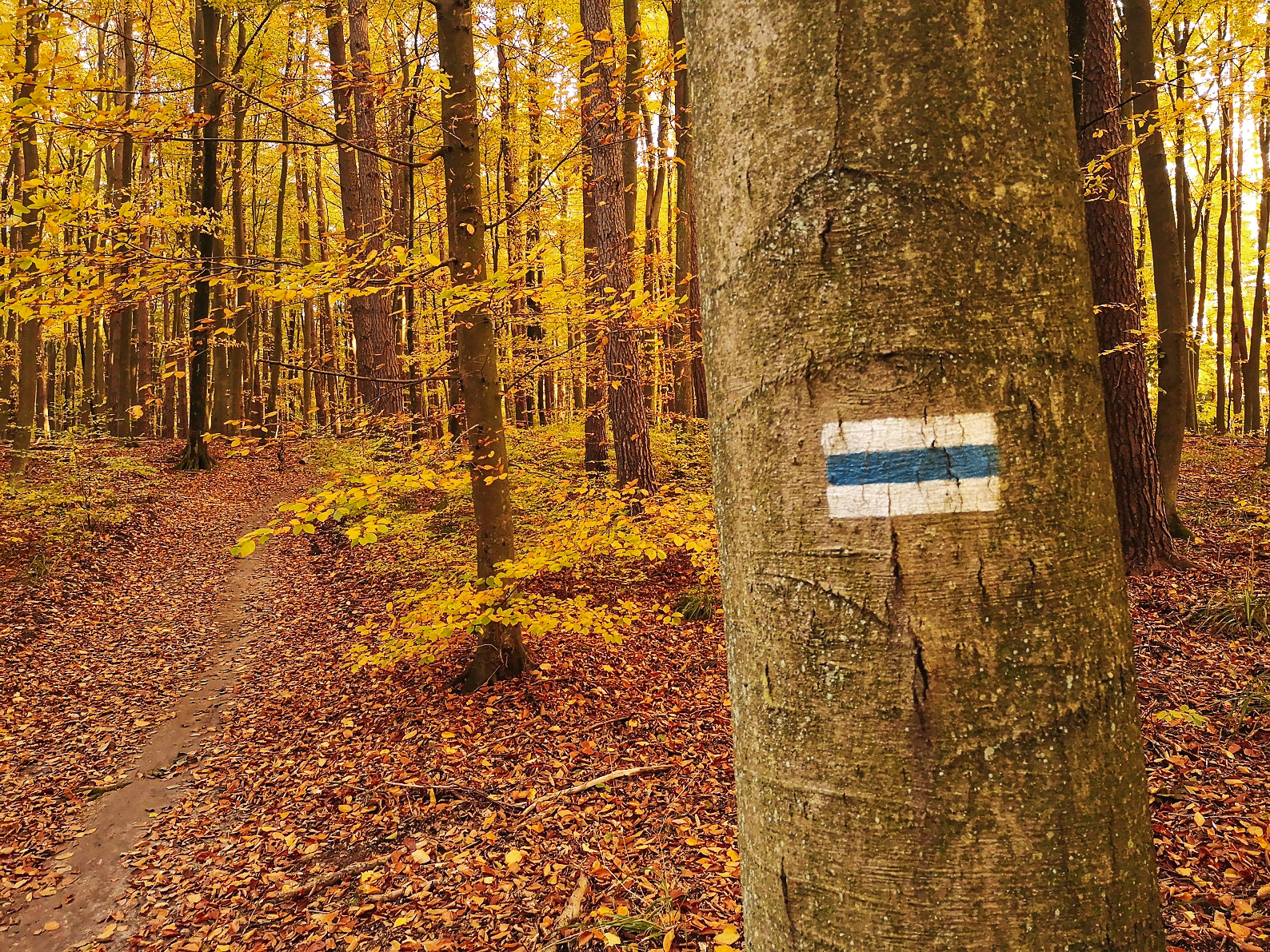 Photo: The blue route in the Tricity Landscape Park

A quick five in Reagan Park

The idea for the second route is directly inspired by the very popular Saturday running meeting in Gdańsk Reagan Park. If you have the opportunity to visit Gdańsk on the weekend, head towards the D entrance to the park on Lech Kaczyńskiego Street before 09:00 and try your hand at other runners (check the organizer's website) on the route mostly on asphalt and paved paths. However, if you prefer to train yourself, at any time, the Parkrun route should interest you for several reasons. Mainly because of easy access, both by own car and by public transport (ZTM bus). The second reason is a great location, because you will find yourself in a charming city park in the immediate vicinity of the beach and the Bay of Gdańsk, so after the run you have plenty of opportunities to walk along the sea, enter the pier in Brzeźno, eat fresh fish or catch your breath amid the sound of the waves. The third, but no less important reason is the distance itself - the loop is about 2.5 km long, so it is perfect for beginners who are just starting their adventure with running or dynamic walking, but also for experienced runners, because it is very easy to determine how much we want to run such loops this time. Due to the location of the route in one of the most activity-friendly parks in the Tri-City, it is worth remembering that we will meet many cyclists and pedestrians on the route, so let's bear in mind common safety.

The loop in Reagan Park is an excellent proposition when we want to move, but do not have the strength or desire for great challenges. It can, however, become a good indicator of our running progress or give rise to an adventure with sport.

Both proposed routes have a lot of variants, alternative paths, we can end loops at other convenient points, change the direction, which will be important especially in the case of the first one, or run them repeatedly. The most important thing is that we find the strength and willingness to take care of our health and convince ourselves to try it! See you on the running track!

In order to provide services at the highest level, the Website uses cookies saved in the browser's memory . Detailed information on the purpose of their use and the possibility to change cookie settings can be found in the Privacy Policy.
By clicking ACCEPT ALL, you agree to the use of technologies such as cookies and to the processing of your personal data collected on the Internet, such as IP addresses and cookie IDs, for marketing purposes(including automatically matching ads to your interests and measuring their performance) by City Apart Management Sp. z o.o., ul. Gajowa 31b, 83-251, Pinczyn . You can change cookie settings in the settings.